The USD/CHF is trading below the MA 200 H1 again

Yesterday the USD/CHF traded down and closed the day in the red zone near the price of Chf0.9545. Today it, on the contrary, grew a little, having risen to the level of Chf0.9565. On the hourly chart, USD/CHF is still trading below the moving average MA (200) H1 (Chf0.9570). The situation is similar on the four-hour chart. Based on the foregoing, it is probably worth sticking to the south direction in trading, and while the USD/CHF remains below MA 200 H1, it may be necessary to look for entry points to sell for the formation of a correction.

Probably, the main scenario is a subsequent decline to Chf0.9540 (session low). 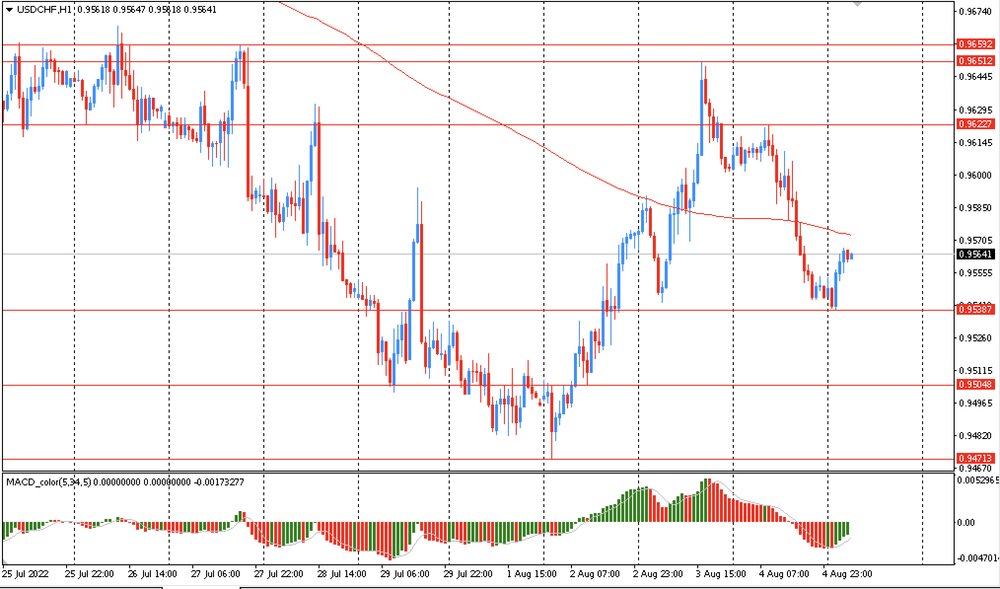