USD/CHF Price Analysis: To re-test the double top neckline around 0.9540

The market mood remains upbeat as US equities post gains between 2.13% and 2.47%. That is courtesy of the University of Michigan’s inflation expectations easing from a 14-year high, meaning that the Fed needs to tighten but not as previously expected by market players, which now foresee the Federal funds rate (FFR) near 3.50%. Furthermore, US recession fears abated as St. Louis Fed President James Bullard said that worries are overblown.

In the meantime, the USD/CHF opened above 0.9600 and edged higher towards Friday’s daily high, retreating afterward to daily lows near 0.9521, though of late settled around the 0.9580 area.

The USD/CHF is still in an uptrend but remains trapped between the 50 and 100-day moving averages (DMAs). It’s worth noting that the major formed a double top in the daily time frame but still requires a daily close below May’s 27 swing low at 0.9544 to validate the pattern. 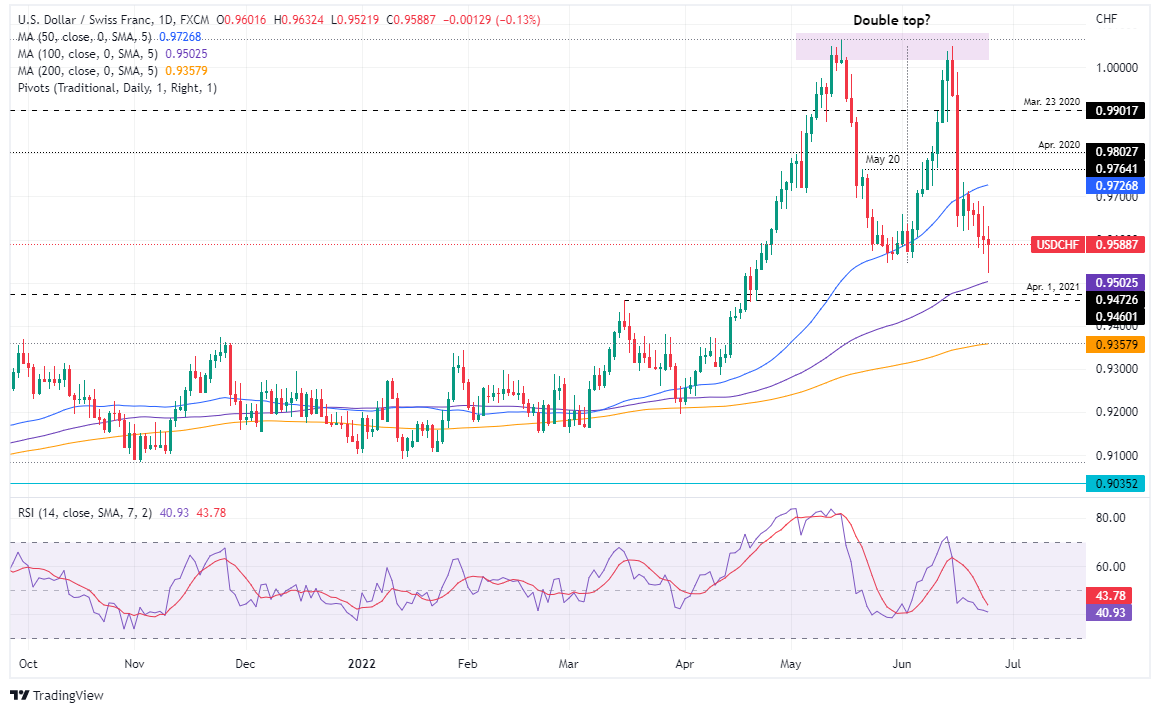 Latest news
Long yields set to peak in three to six months – Danske Bank
USD/CAD steadily climbs to daily high, up a little around 1.2775 amid modest USD strength
Gold Price Forecast: XAU/USD remains on the defensive amid modest USD strength, risk-on
Brent Oil to trade at only $90 by year-end – Commerzbank
Gold Price Forecast: It is still too early to expect XAU/USD to make any real comeback – Commerzbank
Thailand: BoT could raise rates again in September – UOB
EUR/USD comes under pressure and challenges 1.0300
EUR/GBP spikes to two-and-half-week high, 0.8500 mark back in sight